How To Stop the Martyrs From Being Martyrs 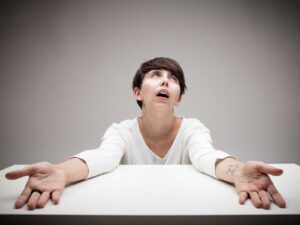 Do you work with a martyr? You know, someone who constantly thinks they do more than everyone else? Someone who spends all their time and energy comparing their workload to everyone else’s and always seems to have it harder. They are always “sacrificing” their time, energy, lunch break-whatever the case may be to do everyone else’s job. Because they’re great and everyone else is – not. Well, how do you stop the martyrs in your workplace?

In the past, this type of person would literally “sacrifice their life or face pain and suffering instead of giving up something they hold sacred.” That’s what the historical definition of a martyr is.

As dramatic as that seems, I’m sure you can think of a co-worker or employee who is always complaining and “suffering” because they are “doing everyone’s job”. Which is what we refer to as a martyr today. Sometimes referred to as “busy bragging”, they are just so so busy and claim to be the only one who works hard.

But if you think about it, they DO act like they are sacrificing their life.

A common complaint I hear from leaders is that some of their employees spend way too much time and energy talking about who does more work. And of course, they do more work than anyone else. They are constantly saying things like, “That’s okay. I’ll do it. I’m the only one around here who seems to care about these patients.”

It’s so interesting that when I facilitate kick-off sessions with healthcare teams that we’ve selected to roll out our Department Culture Change Initiative, I ask, “why do you think your department was selected?” Every single time I hear, “because we have more stress…we’re busier…our acuity is higher…”

Everyone thinks they do more work. That their work is harder. That they have it worse than everyone else.

Well, so what? What’s the problem with this “martyr syndrome”?

Two problems when you work with a group of martyrs:

Three common (but wrong) ways we tend to stop the martyrs:

Most often, we ignore them because we think ignoring will stop the martyrs. We may even roll our eyes and think, “Oh gosh. There she goes again. I know I know. You’re a super nurse. You’ve been “walking to school, in the snow, uphill, both ways…” But we don’t say anything – well, at least not directly to them. Oh, we will talk about this person behind their back all day long but rarely do we say anything to them. So, they keep complaining, and complaining, and complaining.

We try to convince them that the work IS fair, and we may argue with them. “You’re not the only one who works hard here. I work hard too. I came in early, stayed late, single-handedly cared for all 27 patients on the unit all by myself…” you get into an argument about who’s the bigger martyr!

Especially if it’s a dayshift versus nightshift or department versus department martyrdom, we agree. “I know! The night shift have it easy. They just sit around reading magazines, sucking the liquids out of bonbons all night while we do all the work.” Or “Yeah. Those medsurg nurses have no idea how easy they have it. Must be nice.”

These approaches, although common, are NOT helpful and don’t contribute to a healthy work culture.

How to stop the martyrs

Respond with curiosity, honesty, and respect. To do this effectively, scripting is key.

For the employee who thinks they work harder and complain about other “lazy” co-workers, say this:

“Hmmm. I’m curious why you say that. In my experience, Jackie goes out of her way to help others. I don’t see it that way at all. I wonder why you do.” And then walk away.

For the employees who complain about the other shift or department, say this:

“Hmmm. Is there a reason you’re spending time and energy complaining about them?”

Or “Hmm…tell me how this affects your work right now?”

Or “So, what you’re saying is that the dayshift has it easier…or…the nurses in the PACU have it easier than us.  Interesting. I don’t see it that way at all.” And then walk away.

To get more scripts to help you address unprofessional conduct, click here.

The key is NOT to ignore, argue, or agree. If you do, the martyrdom will continue.

A powerful reminder to mind your own business

Try posting this on your huddle board or somewhere that everyone can see, “Think about this work as a race. The amount of energy it takes to look at the guy behind you will slow you down and you’ll lose the race. Don’t worry about the other guy. Instead, focus on being the best YOU can be.” ~Oprah Winfrey

I’m curious if martyrdom shows up in your department and how you’ve addressed it. Perhaps before you’ve handled it by ignoring, arguing, or agreeing. If so, that’s okay.

However, now you know a better way to effectively stop the martyrs! 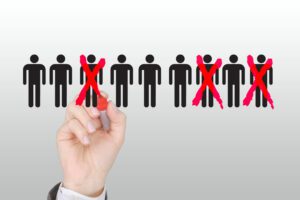 The Great Resignation has been sweeping its way across the country since the pandemic began. As consumers, we’re all impacted by the 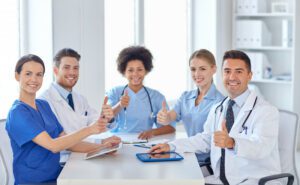 While most healthcare leaders deal with disruptive behaviors in the workplace daily and understand the angst this causes them and their teams, 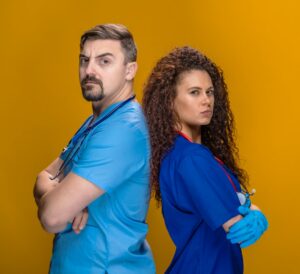 Why Do Nurses Bully Each Other?

When asked the question, “What is one chronic and painful problem in your industry that no one seems able to solve?”, my 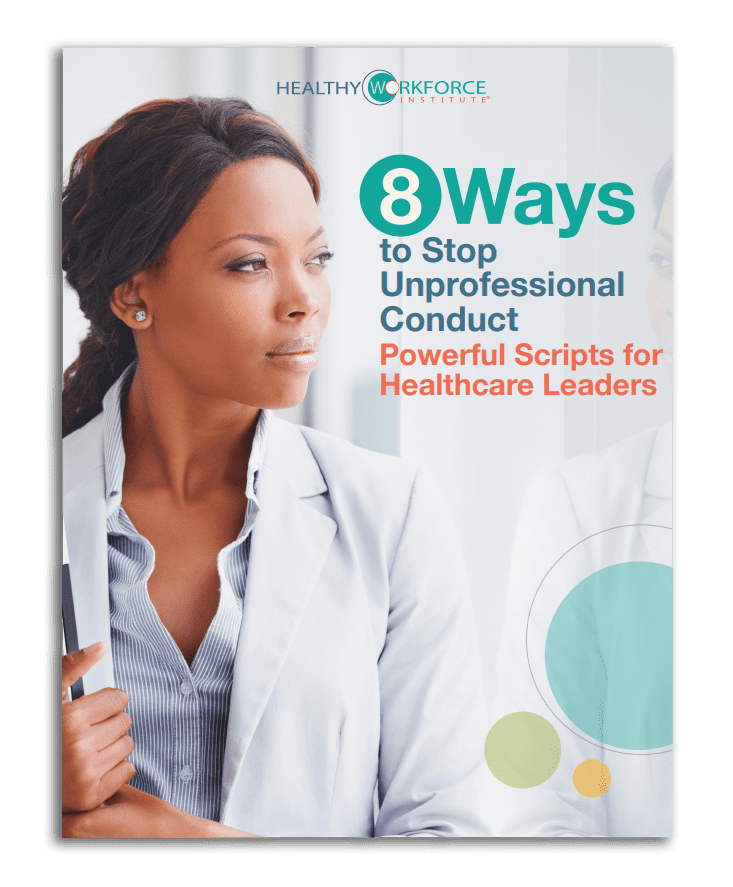