It’s time to get serious about creating a speak up culture in healthcare. 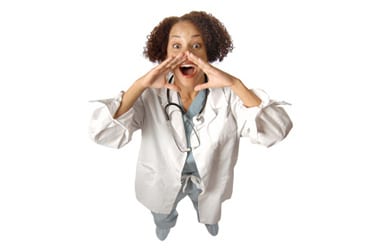 Over the last 8 years, I’ve talked with thousands of nurses, physicians, and support staff about disruptive behaviors in healthcare settings. These people shared examples of minor rudeness and inconsideration as well as major, shocking, and sometimes disturbing, behaviors.

Quite often, the stories they shared were from their experiences as a WITNESS to these behaviors – not the one who was on the receiving end.

In many cases, they were with a group of others (physicians rounding, nurses giving report to each other, etc.) when the disruptive behavior occurred. So when I asked (and I always ask), “Did anyone speak up or intervene?” They looked at me like I had 2 heads. The answer was almost always no.

Even though the incident was significant enough for them to remember it, they did NOTHING to stop it.

A study of 1700 healthcare employees revealed that 90% wouldn’t speak up in the face of bad practice (behavior), even in life and death situations.

A nursing assistant once shared that she overheard a newer nurse scream across the emergency room department and tell a patient to stop yelling or she was going to tie him down! Wait, isn’t that a threat?? Yet nobody, I mean nobody, said anything. They turned away.

The Joint Commission recently released a Sentinel Alert regarding the increase in workplace violence in healthcare. One study cited in their report showed that only 30% of nurses report incidents of workplace violence, yet 75% of nearly 25,000 workplace assaults reported annually occurred in health care and social service settings.

Why is that? Why don’t people speak up even when faced with behaviors we all KNOW are inappropriate and at times – dangerous?

[Tweet “Find out why people don’t #speakup when they #witness bad behavior.”]

[Tweet “Fear is one of the primary reasons why good people remain silent when witnessing bad behavior.”]

Employees complain about someone’s behavior, but if they don’t SEE anything happening to that person or that person’s behavior doesn’t change, they get complacent. They think that nothing will ever change so why bother. I’ve heard nurses say many times, “we’ve complained over and over again but nothing is ever done about it. What’s the point?”

IT’S NOT MY JOB

Whose responsibility is it to address disruptive behavior? Is it the boss? Is it anyone who witnesses it? Whose job is it? Because there are a variety of opinions, many employees don’t think it’s their responsibility to intervene, therefore, they don’t speak up. They just assume that it’s not their place to get involved. When this happens over time (the boss handles everything), it creates an additional burden on the manager and hard wires a culture of silence.

The result of fear, futility, and lack of accountability are weak muscles of moral courage. In the face of bad behavior, we remain passive. And because others see our impassivity, the culture of turning a blind eye is reinforced.

[Tweet “When others see our impassivity, the culture of turning a blind eye is reinforced. #speakup”]

WHAT CAN WE DO?

The prescription for passivity is conscious choice, supported by knowledge and practice. The movement to a healthy work culture begins with recognizing you have power to take action in the face of disruption. You build your moral courage muscles in everyday choices. Small exercises, repeated over time, build muscles that prepare us for big challenges. 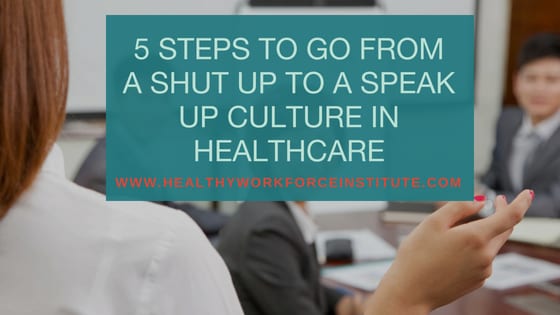 1. Acknowledge your fear and speak up anyway. Become comfortable with being uncomfortable.

2. Understand YOU are part of your unit’s culture. Choose to accept your responsibility. In the absence of the leader, any and every employee can step up and intervene to maintain a professional work culture, free from badness.

3. Prepare ahead of time. Make the decision ahead of time that you will speak up if you ever witness ________. By determining which behaviors you will address (yelling, cursing, threatening, etc.), you take action immediately without delay.

4. Remember the oath you made when choosing to become a nurse. All healthcare providers have an ethical responsibility to make decisions based on what’s best for PATIENTS – not themselves, even if it’s uncomfortable, embarrassing, or there are consequences.

5. Incorporate the education and training regarding speaking up early. Talk about it in nursing school. Teach new students about their role in intervening and reporting any incidents of disruptive behaviors. Doing so will help stop the absurd notion that “it’s just the way it is here.”

[Tweet “Bullying and incivility happen because they can. It takes us to stop it.”]

A colleague who works in an organization where I’m doing my deep dive consulting shared this with me.

“I had a proud Momma moment that I wanted to share with you.

My son (Hunter – age 6) was telling me about how a certain boy hit one of his friends on the playground. His friend came and told Hunter and he then told the kid not to do that. (Turns out they were playing cops/robbers but still……)

My daughter (Hailey – age 8) then chimed in and told him that if he sees that happening that he needs to go up to the bully and hold his hand up like a stop sign and say “Stop, you are hurting my friend. What you are doing is disrespectful.” She then said to put your arm around your friend and walk away. Apparently the school counselor has been talking with them at her school – but I immediately thought of you and was so proud of her ‘scripting’ and how she plans to handle any situation that she may encounter.”

Bullying and incivility happen because they can. It takes dedicated, professional, and courageous humans to stop it. Understand that moral courage isn’t something you’re born with; it’s something that develops over time. If you’ve been passive in the past, recognize that, although you were passive that time, you won’t be passive the next! 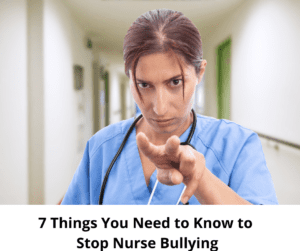