5 Ways to Protect Yourself From the Workplace Cliques

Nurse bullies may not necessarily clearly present themselves on a platter like your Thanksgiving turkey. Sometimes bullying behaviors, incivility, and even borderline criminal behaviors are disguised and hidden within cliques and gangs. 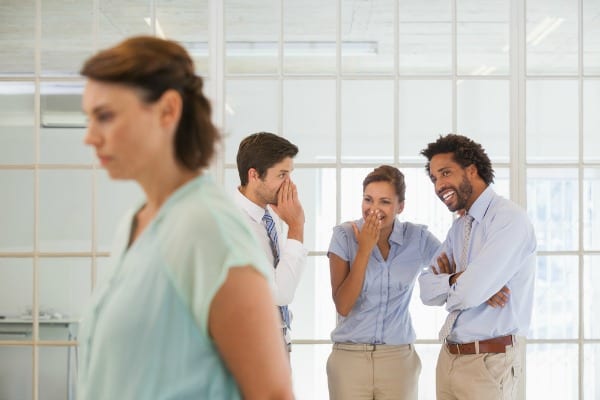 Tarah was just finishing her undergraduate degree in nursing. The last thing she had to do was complete 135 hours of clinicals with a preceptor at the hospital.  On her first day, she noticed that some of the employees (a few nurses, one nursing assistant, and the unit secretary) wore headbands. When Tarah saw this, she got excited because she had long hair and wanted to wear a headband too. She didn’t think it was part of the dress code, but since she saw the other women wearing them, she planned to wear one on her next shift.

The next morning, Tarah was in the locker room putting away her things when one of the headband wearing nurses walked in. “Who gave you that headband?” She shouted. “Nobody. I just saw other people wearing one so I wore one.” Tarah replied.

“You don’t wear a headband unless WE give you permission!” and she took the headband right off of Tarah’s head.

HOW COMMON IS THIS BEHAVIOR?

I’ve engaged nurses and their leaders in conversations about specific disruptive behaviors they’ve experienced or witnessed.  I gather them into groups and ask that they make a list of those behaviors.  It’s funny (but not really) – there is never a delay in coming up with a list of bad behaviors! Some groups actually ask for more paper!

WHAT IS A CLIQUE?

A clique is a group of people who share similar interests and spend time together, but make it clear to others that not just anyone can join. We tend to see cliques form during adolescence, however, as we’ve seen in the workplace, cliques can continue and even form among adults.

However, is having a clique in your department necessarily bad?

Many times when talking with leaders about cliques, they will say, “That’s it I’m going to break up my cliques! No more cliques!”

Here’s the deal. If you just break up your clique, often times, a new clique will form.

We are born as individuals but we survive and thrive in groups. You can blame oxytocin.  When we bond with another human, we release a small amount of oxytocin, a chemical often referred to as the cuddle hormone. This hormone compels us to seek out other humans for love, for companionship, and for protection.

However, the key to managing groups of people is to get crystal clear on whether you have just a group of friend, a true clique, or a gang!

GROUP OF FRIENDS VERSUS CLIQUES VERSUS GANGS

I have several groups of friends. One group is 6 women whom I’ve grown up with since grade school. Our history keeps us bonded together. Another, newer group are other nurse entrepreneurs, like Michelle Podlesni, President of the NNBA, Keith Carlson, Louise Jakubik, etc. My best friend Kimmy has other groups of friends…her volleyball group, the DC group, church group, etc. The point is, having numerous groups of friends is a good thing.

As mentioned earlier, cliques also share similar interests. However, the biggest difference is that cliques make it clear to outsiders that not just anyone can join. A clique can also be referred to as a PACK and exhibit pack like behavior. They hoard, don’t readily share with others outside of their clique and will actually harm outsiders to protect the PACK. Joining a clique can give you a sense of security.

According to a survey conducted by Career Builder, 43% of employees report that their workplace are populated by cliques.

Gangs take cliques to an entirely different level. Similar to cliques in their shared interests, the main difference with gangs are their unethical, bad behavior boarding on criminal conduct. Gangs are often identified by their common clothing (headbands!), colors and/or hand signs.

If you noticed, there is one common characteristic that can help you identify whether or not a group of people in your department are just a group of friends or have actually formed a clique or gang – EXCLUSION. One of the key characteristics of, what I would call “bad groups” is using exclusion as a weapon against people they don’t want to join their group.  Did you know that when people feel excluded, the pain center of their brain lights up?

It’s PAINFUL to feel left out of a social group. Cliques and gangs KNOW this and use it against others.

[Tweet “It’s PAINFUL to feel left out of a #socialgroup. #Cliques and gangs KNOW this and use it against others.”]

5 WAYS TO PROTECT YOURSELF FROM THE CLIQUES & GANGS

Remember that cliques and gangs rely on instilling fear and insecurity in others. They enjoy watching someone cringe with fear as they walk by. Think about giving the clique leader report! Receiving report from an insecure non-clique member probably gives them joy. Take that joy away from them by standing tall, shoulders back, and communicating with confidence! It makes you less of a target when you act as though they can’t scare you.

Treat everyone with kindness

Yep. Even the clique members. This is not to say that you go out of your way to be super nice to the cliques! Treat them just as you would/should treat any professional colleague. The key here is to be the consummate professional. By doing so, you’re role-modeling behavior that THEY should be displaying. And, you send a message that no matter how they treat you and others, you’re not going to let them influence YOUR behavior.

Don’t gossip about the clique

Although you may be tempted to gossip about them in the break room with other non-clique members, resist! Sometimes nurses who are not confident in themselves or can’t deal with the pain of exclusion eventually join the clique. Think about how it would play out if last week you were gossiping about them to your colleague and the next week that same colleague joined them.

Take away their power

If you’re in a leadership role, please, please, please strip away their power! One reason why cliques grow is because the clique leader typically ends up in a power role – charge nurse, coordinator, manages the schedule, etc. And they use that power as a social weapon to strengthen the clique. If they’re in charge, take them out of the role. If they’re a preceptor, don’t let them precept. If you have a shared governance model and they are chair or co-chair of a unit-based council, take them out of that role. If they are responsible for the schedule, assign that task to someone else.

Remember, gang behavior may cross the line to criminal behavior. As nurses, we have an ethical responsibility to our public to make decisions based on what’s best for them. If you have a gang on your unit or department – your patients are at risk. Report them immediately to your administration.

Who would have thought I needed to write an article about cliques and gangs among nurses?

Well, just like I write and spend the majority of my time working with healthcare organizations to eliminate workplace bullying and incivility; we have to take an honest look at what’s happening and DO something about it.

[Tweet “We have to take an honest look at #workplace #bullying and #incivility and DO something about it.”]

As a profession, we can no longer afford to pretend that nurse bullying, incivility, and even violence in the workplace doesn’t happen (these are not the droids you are looking for…).  We are hemorrhaging really great nurses to this problem and can no longer use silence as a strategy. 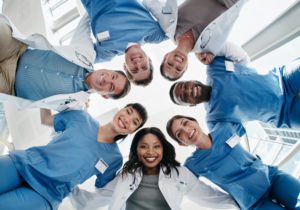 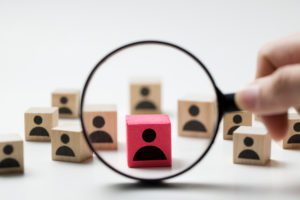 Did you know that there are more bullying and deviant behaviors in the healthcare industry than in any other industry? While nurses, 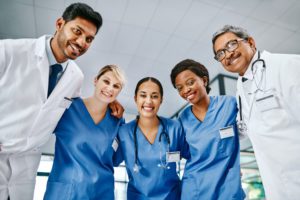 Now that the pendulum has swung from crisis to new norm, we are facing a new challenge – the overwhelming rise in