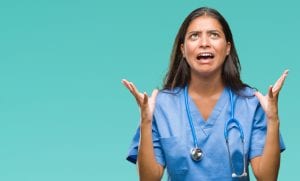 During my foundational workshop, Cultivating a Healthy Workforce by Eradicating Bullying and Incivility, participants have an opportunity to make a list of behaviors they’ve either witnessed or experienced in their workplace that they consider unprofessional or inappropriate. Dealing with a passive-aggressive employee is ALWAYS, ALWAYS, ALWAYS on the list.

You launch a new initiative regarding bedside reporting. During a staff meeting to discuss the details, your most experienced nurse, Kathy, acts like a cheerleader by verbally reinforcing how important it is to do bedside report. “Yes Yes,” she says in front of everyone. “Bedside report is important!”

Two weeks after you launch, you receive three anonymous notes that Kathy refuses to do bedside report when you’re not around.

Passive-aggressive employees are some of the most difficult and challenging people leaders have to deal with. They drain your energy, make you question your judgment, and are the employees who cause the most dysfunction among the team. Why? Because outwardly, they are team players and do-gooders but inwardly, they are secretly setting up booby traps behind everyone’s backs.

When passive-aggressive people invade the workplace, the journey up the mountain to a healthy, professional, and supportive work culture gets much, much steeper.

Although this list is not inclusive of all behaviors, here are some of the most common ways passive-aggressive people behave:

A BSN prepared nurse says to an ADN nurse, “I’m really surprised how well you’ve done with ONLY an associate degree.”

A new nurse confides in her preceptor that she is having marital problems. The preceptor acts so supportive and promises not to say anything. Then the preceptor tells all of her friends about “how pathetic” this new nurse is, mocking her and embellishing her story.

…set others up to fail.

A group of experienced nurses love to watch new nurses struggle. They sit back and watch them drown, sometimes setting them up to fail and then come to their rescue.  They CAN help but wait until physicians gets angry or frustrated before they intervene. Instead of helping, they watch as the new nurse drowns and then sends in a life vest.

Somebody needs a day off or vacation; however, the passive-aggressive bully will request it off knowingly because she has seniority. She plays dumb when confronted.

An employee pits people against each other. Acts like a best friend to one and then does the same thing to the other. Acts professional and goody-goody when administration is around.

…always have an excuse, act innocent, and try to turn the blame back to you.

“I was just joking. I really didn’t mean it.”

“You’re so sensitive. Lighten up a bit.”

The manager confronts the bully and then gets a notice from HR that the bully filed a complaint against him claiming harassment.
On and on.

No wonder why leaders get burned out!!! It’s exhausting dealing with passive-aggressive people. They drain your energy and suck the life out of you.

Why are some people so passive-aggressive?

Leaders shouldn’t have to have psychology degrees, but it certainly helps if leaders understand a bit of human behavior.

In general, passive-aggressive people have repressed anger and don’t feel safe expressing that anger. Psychologists would say that it might come from childhood where they denied their feelings from an overbearing parent. Because they weren’t able to express how they felt directly, they learned how to express their anger indirectly.

However, some people just may have difficulty being direct or assertive without having any past childhood cause.

How to deal with a passive-aggressive employee

It’s not always obvious that someone is passive-aggressive. You have to observe these employees over time so that you can gather some evidence – build a case, as I’ve said before.

However, if you suspect one of your employees is passive-aggressive, here are three (3) tips:

Leaders second-guess themselves all the time. As soon as they get caught in the he said – she said dance, they back down. “Well, I’m not sure…” and then do nothing. This is exactly what the passive-aggressive bully wants you to do. Listen to your gut by taking the information you have and then making a decision (coaching, counseling, disciplinary action, etc.). In most cases, you will be right.

Name the behavior as passive aggressive.

For example, let’s say you suspect your charge nurse is giving the worst assignments to the nurses she doesn’t like and the easier assignments to her clique friends. You’ve had numerous complaints but of course, she defends herself and acts innocent. Spend a bit of time paying attention to the assignments and document who gets what patients. You may need to do this for a few weeks. Pull her into your office and say, “I’ve had numerous complaints about how you’re making assignments….” And then say, “I believe this is true.” And then share the examples you just collected. “This is passive-aggressive and a sign of immaturity – something I would not expect of a professional nurse.”

Realize that you may not be able to change this employee, especially if they have deep-seated issues. However, you can set expectations for how he or she communicates with you and their coworkers.  “I expect you to communicate assertively (honest and respectful) with your coworkers at all times.”

Say this to your passive-aggressive employee…” You can be angry but you can’t be mean.”

Dealing with passive-aggressive people at work increases your stress and robs you of your energy.  Stop letting them. 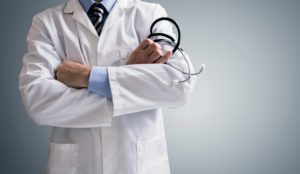 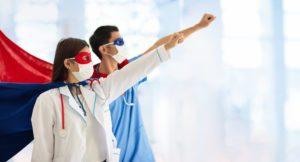 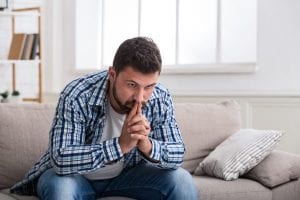